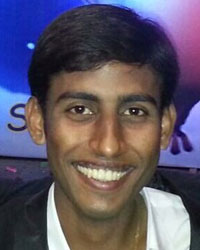 There is no pain, one realizes, more than the loss of a near and dear one. What makes it worse is the fact that the person gone is a youth, just on the verge of making a name for himself, success already having come through his door. And the untimely end comes abruptly, under tragic circumstances and within a matter of minutes, life changes and how!

DK Ashish is my nephew. He was an ardent student of his game and I had watched him grow as a kid, just like my own sons. He was simple, one of the better riding talents on the circuit and was just peaking towards the higher levels as a pro jockey. He worked hard on his skills and was loyal to his profession. He was a devoted son and a loving and protective brother.

Fate has often been unkind snatching away just about anyone, anytime. Words fail me to express the anguish that runs through our entire family and we know this loss is irreparable. We have to live with this grief until our turn comes. One moment can be so devastating!

The moment we realized how critical that fall had rendered Ashish, all of us left everything and rushed to be by his side. Prayers to the Almighty emerged from each one of us even as tension and suspense gripped us in its entirety. He was one of us, our blood, our family member. Watching him battling for life was unbearable. The suspense and Ashish’s misery ended when the most dreaded news came from the doctors, who had been doing their best to revive him, despite knowing that his injuries were fatal and their task uphill in trying to save him. They strived hard for the impossible!

In times as difficult as these, certain gestures from people outside the family and scores we don’t even know provide much needed solace, subconsciously. It is then that one realizes the power of goodwill that is around us all the time. We may fail to notice under duress and due to the gravity of the terrible occurrence, but there is no denying that there are those who go out of their way and stand by your side during such distressing times.

I would also like to make special mention of Mr. Kanchan Kanti Jang, Mr. Sudhir Kothari, Mr. Amit Chaturvedi and Mr. Anit Casyab who stood by us through the entire 72 hour ordeal from the time Ashish was admitted into the hospital till he could be moved to Pune. We are immensely grateful for their deep concern and for extending every little help in ensuring the logistical formalities went smoothly. The mind stops functioning during such unexpected crisis and their efforts were extremely helpful and we are deeply touched with the genuine concern shown by each of them.

I want to thank a number of people who rushed to help and did everything possible to ensure Ashish was given the best possible medical care. I thank the entire hospital faculty and the team of Doctors of Belle Vue Hospital for doing their best for Ashish. The team of doctors headed by Dr Gautam Ghosh who took the entire responsibility of doing the best they could and bringing the best available team of doctors to treat Ashish. All of whom relentlessly monitored Ashish round the clock and put in tremendous efforts that were humanly possible to pull off a miracle. The entire Narredu family expresses deep gratitude to them all for never giving up until the very end.

It was touching as it was overwhelming to have the entire racing fraternity anxious and ready to do what best they could to offer aid to Ashish. I am indebted to Mr Shapoor Mistry, Mr Zavaray Poonawalla, Mr Jaydev Mody, Mr Julio Ribeiro Dr Ram Shroff and Mr. Javed Thapia and several prominent personalities who sent help when it was most needed.

I thank all the racing patrons, Mr. Zavary Poonawalla, the members and the officials of the RWITC, HRC, BTC, for their prayers and eventually their condolences that poured in from all over. I express special gratitude to all the Jockeys, Trainers, Club Officials and even the number of racing public who travelled from different centers to Pune to bid a fond farewell to Ashish for his final journey. I felt the pain that they too felt with the loss of DK Ashish. It must be mentioned that the tough times that dawned upon us these past few days has made us realize how united and supportive the entire racing fraternity is as one big family and we would like to send out our heartfelt gratitude to each one of the members of this huge family of ours, for sharing our grief, which acts like a cushion in trying in coming to terms with such a gruesome reality.

One can’t comprehend the will of God and HIS ways. However, we all know HE is an ocean of mercy and whatever the reason he summoned Ashish up there, we reckon was in the best interest of Ashish. We deeply mourn his passing away, but we also know Ashish will remain with us in our hearts forever.