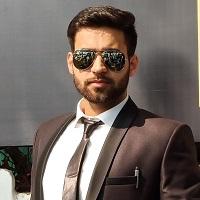 Ever wondered from where the classics derived their nomenclature?Sir Charles Bunbury, a member of House of Commons during the late 18th century, played a monumental role in the development of British racing, including overseeing the extension of the Jockey Club’s authority. Heintroduced the two youngest Classics – the 2000 Guineas for colts and fillies and the 1000 Guineas for fillies only. The first-ever 1000 Guineas was run in 1814at Newmarket, about five years after the 2000 Guineas was established. The name derived quite literally from the initial prize fund for the race – 1,000 guineas, was in effect a guaranteed sweepstake.

The guinea was a coin of approximately one quarter ounce of gold that was minted in Great Britain. The name came from the Guinea region in West Africa, where much of the gold used to make the coins originated. By early 19th century, its value was officially fixed at twenty-one shillings (£ 1.05). So, a 1000-Guineas in today’s value would be about 2 million INR, literally more than the stakes offered for Monday’s race!

Hyderabad Race Club, in its recent notice dated 24th November declared an increase in owners’ stakes by 25%, for the horses based in Hyderabad. A well-organized tote system, large turnouts on race days and stableprofitshave helped HRC to take this welcome step.

The average field rating of the last ten renewals is 63, about 11 higher than Monday’s. The previous ten winners’ rating stands at 76, way higher than anyone else in field.Bay coat fillies have dominated in recent past, winning 8 times in last 10 runnings. 7 of the last 10 winners had won their previous start, this year only British Empress and Paso Robles is coming off a win. 4 favorites have won in last 10 years and a striking observation is that each time a favorite won, it was also the highest-rated in that field.Last year’s winner Realmsoffantasy, a chestnut, who once looked a classic prospect, never raced again after that win. She now stands at the Poonawalla farm.

The first-ever Golconda 1000 Guineas was won by a filly named Miss Minstrel on 2nd December 1979. Exactly four decades later, a field of 7 runners will face the starter for the first classic of the 2019-20 season.Prime facie, the field lacks class with no clear favorite in sight. The filly who deserves the foremost mention, not for her performance but for her pedigree, is the fashionably bred chestnut Ice Floe (Leitir Mor – Icebreaker). Her dam Icebreaker won the Bangalore 1000 Guineas, Gr.2, Bangalore Oaks Gr.2 and The Bangalore Derby, Gr.1, finished runner up in Indian Oaks, Gr.1 and Indian Derby, Gr.1, before winning the Eclipse Stakes Of India, Gr.2. Her half-sister Ice Glacier (by Arazan) won The Mysore Derby, Gr.1. But Ice Floe, so far has had a lackluster career. She shed her maiden tag in June, in a close finish with David Allan in saddle. In the next 3 races that followed (all with A Sandesh), Ice Floe never seemed to threaten the eventual winner. Especially her last run was even discouraging, where she appeared to have gone out of fuel in last couple of furlongs.But for someone who comes from trainer Padmanabhan’s yard, should be given respect where due, particularly when it’s the classic season. Leitir Mor is in his first year with his 3-year-olds. Even if it is too early to comment, just for the records, none of his progenies have yet won a group race at 1600m or above.

Western India challenger Kariega (Kingda Ka – Smoke Ring) won The Juvenile Fillies’ Championship, Gr.3 in Mumbai in March, but has failed to win in three starts after that. In The Karnataka Juvenile Million, Gr.3, she was far behind in the bunch and finished 8th. In next start at Pune, Kariega was slow out and lost considerable ground at the gates, finishing 4th. Now if her gate problems were not enough, she was heavily under the whip in her last start in The Gen Rajendrasinghji Million, but still Missing You was just too good for her. Kariega won a mock race on 24th November with Leigh Roche, which obviously was a preparation for Monday’s race.Trainer Vishal Gaikwad has had a good record at this centre, including a win Intelligence in this race 4 years back.

Named after a city in California, well-known for its vineyards, is Paso Robles (Arazan – Mawaheb). She is the highest-rated in this field and appears to be the only in-form contender.She has won 3 of her last 4 starts, carrying heavy weights and winning by comfortable margins. Her only loss came with a rookie in saddle, where she faced heavy interference at 1000mtrs. Paso Robles recovered quickly from that and finished second, 1 ¾ lengths shy of the winner. She has ‘retained form’ in her last trackwork.

Cape Kidnappers (Abbeyside – Tijuca Forest) won The Nilgiris 1000 Guineas, Gr.3 in April, but has failed to win in her next 6 starts. She finished behind Well Connected twice - 5 ½ lengths in The Fillies Championship Stakes, Gr.1 at Bangalore and 2 ½ lengths in The Deccan Fillies Championship, Gr.3 at Hyderabad.In The Deccan Derby, Gr.1, she finished 6 ½ lengths behind Consigliori. So, it seems Cape Kidnappers has a lot of ground to catch up. She has had 8 riders in 10 starts, probably the cause of the inconsistency. Cape Kidnappers has been ‘grilled’ in the morning trials, with 4 tracks reported in the last 1 week. She is the only filly in the field to have ventured over 2400m, so even is she loses on Monday, there’s an Oaks waiting for her 5 weeks away.

British Empress (Win Legend – Deputy Empress), the only grey in this field, shed her maiden in 4th start. She picked up another win at 1800m carrying 60kgs in a Class 4 field. 3 years back, Hall Of Famer, also a grey, won this race which was virtually the starting point to herIndian Derby glory.Winall (Win Legend – Halle) has won once in 3 starts. In her first race, jockey A Sandesh reported that his mount was running green throughout the race and in the last start, her rider was reprimanded for shifting-in and inconveniencing the horse on his inside.Flamboyant Lady (Burden Of Proof – Cesandri) has won once in 8 starts and is a half-sister to Catalonia (by Air Support).

Hyderabad’s has a tanbark-based track for its winter season, known to provide a much better grip. The last race day on 25th November had good going at 3.7cm with false rails. For Monday, daytime temperature of about 28°c with hazy sunshine is forecasted, precipitation chances are close to nil.

For starters, there appears no clear favorite. Ice Floe and Kariega have class but look quite out of form, though will enjoy the rider advantage. Paso Robles is in-form but definitely lacks the class to match the outstation challengers, though she certainlyhas the home advantage.