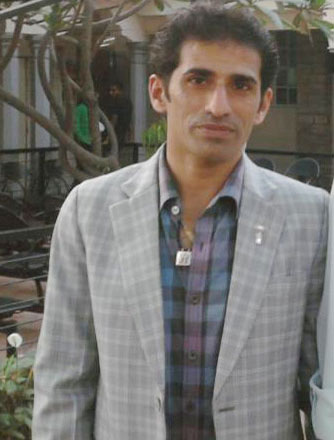 A Jockey’s career is one of uncertainties. Success is hard to come by. Risk factor looms large each time he gets a leg-up. Whether it’s a race ride or regular work regimen, this professional always runs a risk of limb or even life. However, the love for the equine athlete, the excitement of speed and power and the pursuit of huge success with it the glory that comes, is what drives the ‘little men’ in the high speed business. Each winner is hard-fought and well-earned. One can imagine what it takes to cross the “1000 Winners” mark.  There have been a number of skillful and talented jockeys in the history of Indian racing. However, only a handful of jockeys have been able to achieve this milestone. Jockey PS Chouhan touched the magic mark recently in Bangalore. His journey spanning over fifteen years has had its share of joys and hard-times. In an exclusive interview with Indiarace, jockey PS  Chouhan speaks his heart out on his humble beginnings and the struggle to his champion status currently, to our correspondent Madhukar Bhagawan.

Indiarace: Congratulations Chouhan on joining the elite 1000 club. Tell me about your early days in racing.

P.S.Chouhan: I am delighted to have achieved this landmark. My racing blood comes from my maternal side. My grandfather Mr. Purtu Singh was a jockey and then a trainer. My uncles M.P.Jodha and Bajarang Singh were accomplished horsemen when I first ventured into this field. It was in the year 1996 that I came for an interview to join the jockey school. I was sent back by the club as they felt that my weight was not enough to be a rider. When I returned two years later, the club this time said that I was overage to be taken as a student in the Amateur Riding School at Bombay. I was perplexed and helpless as I was determined to pursue my career as a jockey. Seeing my deep enthusiasm, my uncle requested the club to give me a chance and to my great relief the club agreed to take me in. I learnt initially under Mr Jimmy Baruacha who was in-charge of the riding school.

IR.: How many rides did it take to get your first win?

P.S.: Fortunately I did not take too long to score my first win. It was after my tenth ride or so, cannot recall exactly but it was within fifteen rides.

IR.: Do you remember your first winner?

P.S.: Oh yes! Every sportsman remembers his/her first success. Mine came on a horse named Monsoon Magic in Pune, which was owned and trained by my uncle M.P.Jodha.

IR.: Do you still recollect those winning moments?

P.S.: I was very excited as I had failed on a few fancied horses before that, it was a very relieving moment when I scored my first winner.

IR.: When did you venture out from Western India?

P.S.: It was in the year 2005 when I came down to Mysore to ride one of trainer Pradeep Annaiah’s horses. I was back again in 2007 at Bangalore. My first mount at Bangalore was Tapatio in the Governor’s Cup and I returned successful in that race.

IR.: You took almost 12 years to get your first 500 wins and the remaining 500 came in just three years.

P.S.: It was difficult to get winning mounts initially. There were leading jockeys like Aslam Kader, Malesh Narredu and Pesi Shroff. R.W.I.T.C. also had certain restrictions on the apprentices riding outside the home centre. There were a lot of foreign riders coming down during the Mumbai season and being an apprentice I had to wait long for my chances. I then decided to move to Bangalore.

IR.: When did you start to ride at Hyderabad?

P.S.: I would ride here and then at Hyderabad. My first win at Hyderabad was for trainer L.D’Silva. During the summer season at Bangalore Mr.Shehzad Abbas offered me a retainer to ride for him at Hyderabad and that was the beginning.

IR.: You have had a great stint with trainer Deshmukh. How did your alliance begin?

P.S.: It was more by chance. Mr.Deshmukh had a good string of horses with him but jockey R.Rupesh was already retained by the stable. During the end of the season in 2009 I directly approached Mr.Deshmukh for rides. I am happy that I could win 11 races for him in five meetings. The subsequent season Mr.Deshmukh offered me a retainer ship and I was only too happy to accept it wholeheartedly.

IR.: You have been awarded the leading jockey honour for two consecutive years by the Turf authorities of India. How do you feel about it?

P.S.: It’s every jockey’s dream to be at the top on the national scene. It’s a very big achievement for me and I have worked really hard to get there. It would not have been possible without the support of my owners and trainers. Mr.Deshmukh has been highly supportive. I would also like to make a special mention about all the riding boys and stable jockeys who would prepare the horses and I would be on them when they win. They are the ones who do the toiling largely and are unnoticed. I have been through the grind so I know the importance of their contribution. It all looks great when the jockey punches the air in triumph. The success should equally be attributed to the stable hands as well. They lay the foundation.

IR.: Have you ever taken any help to improve your riding skills?

P.S.: Aslam Kader has always been one of my favourite ‘go to’ man. As an apprentice I have ridden along with him and I have always adored his style of riding. I once approached him to help me improve my skills and he readily agreed to do so. I owe a lot to Aslam sir for what I am today. He would sit with me to watch the replays of my races and correct my mistakes. My uncle Bajrang Singh has also influenced substantially in shaping my career.

IR.: You ride in almost all the racing centres in India, how do you keep track of the horses that you ride?

P.S.: It’s a very difficult task. I always carry with me the racing videos of all centres and watch the replays regularly. I also check with the trainers about the behavioural patterns of their wards and also talk to the jockeys who have ridden them earlier. Chats with the riding boys also provide crucial insights as well.

IR.: The layout of each race track in India varies. Do you have to change your riding style for every course?

P.S.: Oh yes! Each track is different. In Bangalore there is an uphill climb with a short straight. Mumbai has a long home stretch. Hyderabad is a big track with a long stretch but the final turn is very sharp and at Kolkata one has to be very alert as the final stretch is very short. I have over the years learnt to change my style to suit the track and of course the horse I ride too.

IR.: Do horses also feel the difference in tracks?

P.S.: Yes, definitely. Some horses prefer a particular track condition. Some may relish the monsoon track while some may like the hard ones,

IR.: Have you ridden anywhere abroad?

P.S.: I have been concentrating on my riding here all these years that I have not really made an attempt to go abroad. Maybe in the years to come I would look for such opportunities.

IR.: There are a lot number of apprentice boys who have been licensed at almost every racing centre. What is your opinion about it?

P.S.: There is no use of issuing licenses like this. It is not going to help the boys greatly. First of all we should have proper infrastructure at every race course to train apprentice riders. We need a proper riding school with good instructors and facilities like gym etc. Most of the youngsters do not even know how to conduct before the Stipes or officials. Recently there was a false start in a race and many apprentice riders in the race were not even aware of what the siren indicates. There is no formal training available to them. We have on a number of occasions proposed to the Turf Authorities from the jockey’s association to have a good training school for jockeys, but there has been little progress. I sincerely request the authorities to consider such a training facility soon.

IR.: You have been the president of the jockey’s association of India for almost three years now. What is your agenda for the jockeys?

P.S.: The plight of many jockeys, especially those who are retiring are not very good. The priority is on having some good pension plans for the jockeys and hopefully we should roll it out by next year. The focus is to ensure a decent living for those who have worked hard yet success has eluded them. A secure financial future on life after retirement is mandatory for every individual from every walk of life. The well being of their families is at stake; hence it is of high priority.

IR.: Riding across the country involves a lot of travelling. How do you cope with your family life?

P.S.: It is very difficult. My family members miss me as much as I do them. I have a young son a daughter. It’s difficult to leave them behind, but I have a career and professional commitments to my owners and trainers. I am working hard so some sacrifices are inevitable. Modern technology like skype etc helps me to keep in touch with them. I am thankful to my family for being understanding and coping with my hectic schedules.

IR.: Would you want your son to be a jockey when he grows up?

P.S.: I would definitely encourage my son to be a jockey if he wants to. This profession has given me everything that I have, name, fame and a decent living. I am happy about it and if my son shows the talent and desire, why not?

IR.: What are your plans for the future?

P.S.: With the grace of God things are going good for me. I would like to get to 2000 as early as possible. I would also look at winning more classic races.