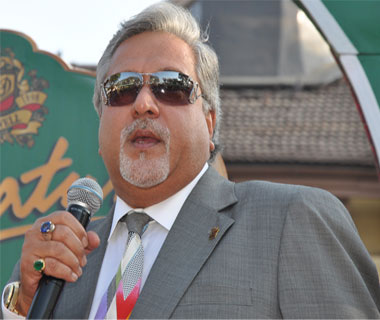 The success of Sans Pareil in The Calcutta Oaks on Saturday completed a century of victories for the colours of Dr Vijay Mallya in the year 2009. Even though this was the second time that he achieved this feat, the first one being in 1996, it was the more significant of the two. The Indian racing scene has changed dramatically in the past decade. The breeding industry has made rapid progress in the said period and the quality of horses has improved by leaps and bounds. The competition has become keener, and with top-class international jockeys donning silks at various racecourses across the country, winning races has become a difficult task. Good horses, versatile trainers and talented jockeys constitute a winning combination. The charismatic billionaire has believed in retaining the best in the business, and that is the main reason for his domination of the sport.

The feat in 1996 was achieved with a large string of 140 horses. Dr Mallya had only 82 horses in training this year. Pesi Shroff and Imtiaz Sait in Mumbai, Dhariwal and Attaolahi in Bangalore, Shehzad Abbas in Hyderabad and Bharath Singh in Kolkata made useful contributions in completing this coveted target. The riding talent of Chris Hayes and Suraj Narredu was fully utilized. His racing establishment, United Racing and Bloodstock Breeders Ltd (URBB) oversees the entire operation. Led by its dynamic Managing Director, Zeyn Mirza, the outfit runs like a well-oiled machine. The Kunigal Stud Farm is the backbone of the business. Although Kunigal is famed to be one of the oldest stud farms in the world, it houses modern facilities. Not all horses bred at this farm are retained by its owner. The team at Kunigal is thoroughly professional and is equally delighted when horses bred at this farm win in the colours of those other than Dr Mallya's. They were thrilled when their patrons won The Kingfisher Bangalore Derby, Poonawalla Mysore Derby and The Hyderabad 2000 Guineas with horses bred at their farm.

The "King Of Good Times" is unanimously acknowledged as a dominant force in Indian Racing. Dr Vijay Mallya has won over 1,500 races in a period spanning a little less than three decades. What started as a mere "flirtation" has blossomed into a full-blooded affair. He is close to completing 150 Classic victories in his career. His sponsorship has brought glamour to the sport. The parties and pomp n show that are hosted by him before and after the Indian Derby have become legendary. Turf Clubs clamour for his patronage, and crowds get thrilled when he decides to make an appearance at any racecourse in the country.

In the opinion of most old-timers, Dr Vijay Mallya's single most important contribution to the game has been the "Clean" image that he has brought to the sport of kings. Horse racing has been very close to his heart. He has believed in buying the best horses, entrusting them to the best trainers and retaining the services of the best available riding talent. His long and fruitful association with Pesi Shroff, first as his retained jockey and now as his trainer, bear testimony to the above statement. He has happily admitted that one of the best compliments he ever received in his racing career was when an old friend came up to him and said, "The Indian racing public has immense faith in you and your horses, because they always run true to their potential."