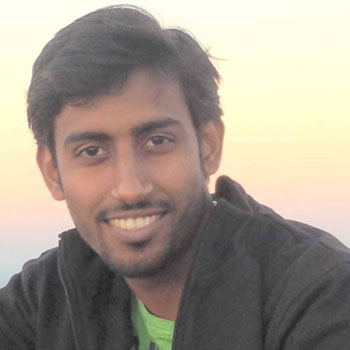 The cruel hand of fate has snatched away a talented saddle artist well before his prime. Jockey DK Ashish breathed his last at 12.55am at Calcutta’s Belle Vue nursing home on Monday, succumbing to severe head injuries he received barely 36 hours earlier at the Calcutta racecourse after suffering a fatal fall from his mount Bold As Brass in the Calcutta Oaks. The racing fraternity across the country has been left numbed by the shock of his sudden demise which brought back memories of over three decades ago (in the April of 1979) when a brilliant young jockey called Karl Umrigar innocuously fell off his mount Vasudha and his lungs were punctured by the hooves of the animal. He battled for his life for several days before passing away.

Talking to Indiarace.com, the president of the Jockeys Association of India, PS Chouhan, stated that Ashish’s accident was a freak case but it is a fact that of late there has been a rise in such accidents for several reasons. For one, he felt that the apprentice jockey schools across the country were producing sub-standard rookies who were not only a threat to themselves but to other riders also.

“In our days, we were taught the tricks of the trade from the grass-root level and had to really work hard in every aspect of horsemanship before being contracted by any stable. Nowadays, there’s a rush to bind a contract on a young talent which is like jumping the gun. The youngster too gets carried away and starts to throw caution to the winds. This can be dangerous for one and all. In my time, we were taught how to take a fall very early in our apprentice careers and admonished severely if we cut across any other horse’s path. Unfortunately, that is not the case nowadays.”

“Secondly, without specifying any centre, I would like to point out there has been a general deterioration in track conditions which has resulted in some very bad falls.” One can  recall some top riders who have been left crippled in the recent past. Among them, the names of B Sreekanth and Chandrashekhar come immediately to mind.

“ Our profession is fraught with danger and we must advocate safety measures. We cannot afford to the let the sport cripple or kill our dear friends and colleagues. He (Ashish) was a great friend of mine. We had told our colleagues in Kolkata to ensure that he gets the best of medical attention and JAI will bear the cost. As per our rules, we will provide financial assistance to his family.”

Chouhan mentioned that Ashish was uncomfortable on his mount and said as much to Trevor, but declined from complaining to the vet as he felt there was little chance of a withdrawal on grounds of virtually imperceptible ‘lameness’. “ I really feel terrible for his family and friends. The jockey’s association will give a compensation amount of Rs 12 lakh to his next of kin while the Royal Western India Turf Club will donate Rs 15 lakh to the family,” added Chouhan.

Nearer home, in Kolkata, legendary jockey Richard Alford (now a trainer at RCTC) endorsed the views of Chouhan and lamented that his own son Rutherford Alford has been wheel-chair bound after suffering a fall during the Bangalore summer season of 2006. “Fortunately, thanks to his fighting spirit, he is now a successful trainer at this centre,” added Richard proudly. “In our days, we would dare not change tracks during the course of a race without ensuring that it would affect none of the riders behind us. Stiping was very tough in those days. Nowadays, the boys can get away with a lot.” But Richard too agreed that Ashish’s accident was a freak case, “similar to that of Umrigar’s”.