CHANGE OF GUARD AT THE TOP: RWITC STEWARDS’ BODY 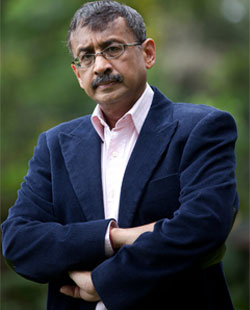 There is rarely smoke without fire, and the long rumored change of guard at the helm of the Stewards body at the RWITC proved to be bang on, with a press release announcing what was anticipated for awhile now. Gulam Vahanvaty, holding the position as Chairman of the Stewards for the third successive year, after the September 11 elections, has announced  his resignation from that position in favor of his friend and long time colleague, Geoffrey Nagpal, which one believes was the unanimous decision of the nine member Stewards’ body.

Geoffrey Nagpal has been on the Club Committee since he first got elected in 2010/11 and a regular Steward.  Mr Nagpal was strongly tipped to take over as Chairman of the Club for the year 17/18 but a series of developments prevented his ascension to the throne of the Club, and his taking over as Chair of one of the bodies is seen as some recompense towhat was promised. Mr Vahanvaty made his debut to the Committee only in 2013/14,  and his quick rise to  the august position as head of the Stewards body within two years is remarkable.

As both M/s Nagpal and Vahanvaty have worked closely together and contested elections together as part of the same team, no material change in the direction of the Stewards body can be expected, as the composition of the body remains unchanged. The Articles of the Club give power to the elected Committee to choose any nine members to be Stewards, and as only five of the truncated Committee of eight sought to be Stewards, four members were chosen from the voting membership to complete the nine. Mr Vahanvaty has cited personal reasons for his stepping down, but remains a Steward. Interestingly there is a change of guard also in the Club’s Chairmen at Bangalore, Mysore and Mumbai, when continuity may have helped in a time of unprecedented crisis.

The functioning of the Committee and Stewards body (often one body at other Clubs) has distinct functions and authority. Having headed both bodies in the past, I am all too aware of the pressures and dynamics the Chairmanship of these bodies face. The Club’s Chairman, considered the No 1 position at the RWITC, is responsible for its finances, general administration, interaction with regulatory bodies and has to set the vision and goals of the Club. The buckstops at his doorstep.  In fact, there are few, if any, direct racing issues to be dealt with at all. With Mr Dhunjibhoy holding the reins for the eighth time, it makes him one of the longest to hold this office in recent years, second only to Dr Shashi Jain, who was in the Chair for a record 13 terms. In fact it was during Dr Jain’s tenure that the precedent of not having one person to head both bodies was initiated.   The Stewards, on the other hand are directly in control of the sport, and the Stewards Chair is often seen as a hot seat in view of the controversies around objections, medication offences and punishments to professionals. There is always a clamor to be chosen as a “Steward” even before the die is cast for the elections.

It has been felt by a vast number of members, that the Chairmen of both bodies, and the Stewards ought to be elected by the members, which at one stroke may stop half or more of the politicking around the annual elections. But as this reform will need an amendment to the Articles by a special resolution, it will only remain a subject of debate, unlikely to ever see light of day.