PREAKNESS STAKES MISSING THE STARS OF THE CROP 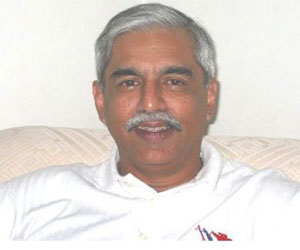 With the sensational developments attending the 145th running of the Kentucky Derby – where the winner on the track, Maximum Security (by New Year’s Day), was disqualified and placed 17th by the stewards – the 144th Preakness Stakes two weeks later comes as a bit of an anti-climax. Neither that runner, nor the one who was declared the winner, Country House (by Lookin At Lucky) is in the field, the latter because of an illness. Also missing are the next pair across the wire, Code Of Honor (by Noble Mission) and Tacitus (by Tapit), who are targeting the Dwyer Stakes and Belmont Stakes respectively.

As an aside, the connections of Maximum Security, Gary and Mary West, have filed a legal challenge to the result of the Kentucky Derby in Federal Court in Frankfort, Kentucky. It’s interesting to note that India is way ahead of many of the racing jurisdictions in various US states in that its race clubs all have Boards of Appeal. One of the aspects of the Wests’ court case is that the petitioners feel that the Kentucky rule holding that the stewards decision is final violates the principles of natural justice as there is no appeal mechanism. Given that the owners are deep-pocketed, one feels they will pursue the matter as far as they can go – which means it might be months or years before the last word has been said on the matter!

Returning to the feature at hand, the race has drawn 13 participants, and is set for 6:48 p.m. local time on Saturday, May 18th (4:18 a.m. in India on Sunday, May 19th) at Pimlico Racecourse. Four of the runners – Bodexpress (by Bodemeister), Improbable (by City Zip), War of Will (by War Front) and Win Win Win (by Hat Trick) – last ran in the “Run for the Roses” at Churchill Downs in Louisville, Kentucky. The remaining nine are “new shooters” taking square aim at a portion of Triple Crown glory.

The field is listed in the attached table:

Improbable was less than 4 lengths away from securing the prize in Kentucky, and hence has the best form here. That apart, he is favoured by the shorter distance (9-1/2 fur.), as well as the presence of “Big Money Mike” (Smith) in the saddle. Nor could the fact that his schooler, Arizona-native Bob Baffert, now based in California, already has seven Preakness mementos on his mantelpiece hurt his chances! The last-named’s burgeoning collection of silverware includes trophies in this event secured by Justify (2018), American Pharoah (2015), Lookin At Lucky (2010), War Emblem (2002), Point Given (2001), Real Quiet (1998) and Silver Charm (1997).

After a workout by Improbable last Monday, Baffert said: “He worked really easy, an easy half around there. I didn't want to do too much with him. I just wanted to make sure that he still has a lot of energy.” Should he win, Baffert would overtake the 19th century trainer R. Wyndham Walden and become the all-time leading trainer of the second leg of the American Triple Crown.

Mark Casse has been telling anyone who cares to listen that his ward War Of Will was nearly brought down by Maximum Security in the Kentucky Derby, with the implication being that he might have run closer. Curiously, the colt’s rider, Tyler Gaffalione, who renews his partnership here, did not lodge an objection on that occasion. As the winner of the Risen Star Stakes at Fair Grounds in New Orleans, where he pegged back Country House, he is certainly not without a chance. Casse’s assistant reported that War Of Will has maintained his weight and is bouncing with energy. Unfortunately he has been drawn right on the inside, in stall 1, and will need to get away swiftly if he is not to be swamped by his dozen rivals angling in for position in the early stages.

Maryland racing has a long and star-studded history. Its two main racetracks are Pimlico, just north of Baltimore, and Laurel Park, 30 miles to Pimlico’s south, both owned by the Stronach Group. While Pimlico is in a dilapidated condition – it has been downgraded to “unsafe” – Laurel Park has been physically renovated and there are rumours that the track’s owners want to relocate the Preakness Stakes from the former to the latter.

Whether this will happen or not, no one really knows. Right now Maryland folks are all rooting for the home town hero, Alwaysmining (by Stay Thirsty), whose last nine starts have come at Laurel Park. Bred in Maryland, he is unbeaten from his last six starts, five of them being minor stakes events, three of which have been in 2019. The experienced gelding has been all alone at the wire this year, with huge margins separating him from his opposition. Local interests aver that he is really good but there is a considerable gulf between minor stakes races and Grade 1 classics. Can he bridge that?

Speaking of horses for courses, Anothertwistafate (by Scat Daddy) is clearly a fan of Golden Gate Fields, in the suburbs of San Francisco, where his statistics read 3 from 3. Elsewhere, he is 0 from 3, although a couple of runner-up efforts in Graded Stakes place him not too far down the pecking order of North American three-year-olds. Last time out he had a difficult trip in the Lexington Stakes at Keeneland, being stuck on the inside with nowhere to go. Handler Blaine Wright’s booking of leading rider Jose Ortiz, in place of Javier Castellano, could be of some significance.

The rest of the runners are all quoted at double figure odds. Of course, long-odds choices do oblige from time to time – for example Country House at 65 to 1 in the Kentucky Derby – but one doubts if the remaining nine names include that of the ultimate winner. Just possibly the Florida Derby runner-up, Bodexpress – yet a maiden but now with Johnny V. aboard – could improve enough to be able to join Refund (in 1888) as a runner breaking its duck in the Preakness….