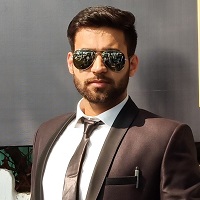 For the uninitiated, Maharaja Jiwajirao Scindia was the last reigning Maharaja of Gwalior state in Central India. Born in 1916, he became Maharaja in 1925, succeeding his father Madho Rao Scindia. He ruled as an absolute monarch and a British vassal until shortly after India’s independence. After signing the Instrument Of Accession with the Union Of India, he became the first Rajpramukh (appointed governor) of the state, and served till 1956, when the state was merged into Madhya Pradesh. An enthusiast of the sport of horse racing, Maharaja Jiwajirao Scindia met an untimely death in 1961. A year later, this race was institutionalized in his honour. The terms and distance of the race have since been the same, except in 2013 when it was run over a mile. 1979 Indian Derby winner Royal Tern won this race and subsequently won it again in 1980 and 1981.

The Mumbai season has its own set of preparatory races in the build-up to the Invitation weekend. The AC Ardeshir Trophy, Gr.3 (1600m), The Maharaja JiwajiraoScindia Trophy, Gr.2 (1800m) and The Eclipse Stakes of India, Gr.2 (2000m) are the three races that are virtual pointers to the big-stake races in late winter. 5-year-old Grand Accord won The Ardeshir earlier this month but has given this race a miss. In the decade gone by, 8 geldings have won with fillies winning the other two. 4-year-olds have come out victorious four times. 5 favorites and 4 top-rated have won it in the last 10 years. The average field rating over the same period stands at 103, about 7 points lower than the standard. Just 3 winners of this race had won their previous start and only Tasawwur from Sunday’s field is coming off a win.

A field of six will line-up in the last Graded race of the calendar year 2019. This race is only one of the three Graded races at this distance and it often becomes tough to figure out the suitability of the horse here. Prima facie, the field appears evenly divided between milers and stayers.

La Rondine (KingdaKa – Rahy’s Serenade) astonished everyone by winning The Indian 1000 Guineas, Gr.1 on only her 2nd start. That fame, however, was short-lived. In 9 subsequent starts, she won just twice – once in a Class 2 handicap and other in The Pune City Gold Cup, Gr.3 by a neck. La Rondine has won 2 Group races at a mile and both were in close finishes. In her last start, The AC Ardeshir Trophy, Gr.3, she started well with the pace, only to lose steam in the dying moments of the race, losing to Grand Accord by 1/2 length. Thanks to her Indian classic win last year, she has carried 59kgs in her last 4 runs, and that will remain the same for this race too. Her half-brother Onassis (by Glory Of Dancer) won this race back-to-back in 2011 and 2012. La Rondine will race again within a gap of 14 days, but all the last 10 winners of this race had a gap of 21 days or more. Just like La Rondine, the last two winners of this race – Jack Frost and Temerity, were bred at Nanoli Stud Farm.

It appears that the inconsistent-yet-potent La Rondine will have her task cut out on Sunday against two vastly improving horses. Bronx (China Visit – Blue Ridge) started his career quite late as a 4-year-old. He was rated a mere 54 before the start of the last Mumbai season, but has since improved by leaps-and-bounds and is now rated 112. Some horses mature late and are bred for a particular distance, but eventually end up having a greater ‘range of suitable distances’, or in other words, they are more versatile and Bronx is a case in point. His dam Blue Ridge had 12 foals other than Bronx, but none of them ever won beyond 7f. He has won 5 races – twice at 7f, once at 8f and twice at 10f. His recent win in The RWITC Gold Cup, Gr.2 was an eye-catching one, where he tamed the field by 7 lengths. Now it remains to be seen whether that performance was just a flash-in-the-pan, but Bronx has the potential. Out of his 5 wins, 4 have been with P.S. Chouhan astride.

Another progressive horse is Tasawwur (Multidimensional – Transformation) - a lightly raced gelding who has shown hints of improvement. During the Pune season; he finished a close third to Truly Epic in a Class 3 handicap before winning by 5 1/4 lengths in the same class. His last run is one which deserves a mention. Tasawwur was on the haunches of Valegro throughout the race. It appeared at a point of time that the fast-finishing Valegro will be tough to catch for his speed, but Tasawwur showed a great sense of fight to win it by 2 lengths. Last year, the gelding Smasher, improved rapidly from handicap company to win the Eclipse Stakes later. Tasawwur seems to be on the same path. At a striking handicap of just 52.5kgs, he is better placed on the scales against La Rondine and Bronx. All his 4 wins have come with A. Sandesh in the saddle.

The remaining three horses are more ‘pretenders’ and it so appears that their actual target may not be Sunday’s race. One horse that warrants attention is Sacred Roman (Holy Roman Emperor – Clicquot). After winning The Stayers Cup, Gr.1, Sacred Roman had a horrendous time on the track. His last three performances read – 9th, 7th, and 8th. Add to that a huge gap of 91 days puts him in the category of a ‘pretender’. This race might be a preparatory run in a bid for The Eclipse Stakes on the way to another Stayers Cup. Trainer Pesi Shroff has won this race 4 times with Onassis (2011 and 2012), Amazing Grace (2014) and Temerity (2017).

A record three-time winner of the longest race in the country – Raees (Sedgefield – Lost Perfection) has won 9 races, but all over 2000m. In The RWITC Gold Cup at Pune, he was 7 lengths behind Bronx and 4 lengths behind La Rondine in his last start. Just like Sacred Roman, Raees too will be a likely contender for The Stayers Cup, if not one for Sunday. Raees is a rare performer for his dam Lost Perfection. His 3 siblings ran a combined 36 starts but won just once. Vulcan (Sedgefield – Shining Force) has won 7 times, all over 2000m, though none of them was a group race.

A total of 13 favorites have obliged in 35 races run at Mahalaxmi this season (37%). Trouvaille won The Indian 2000 Guineas in record time last Sunday, but this race might be on the slower side, thanks to the presence of some stayers in the field. Mumbai had an unexpected wet Christmas and isolated showers can be anticipated on Sunday. A daytime temperature of 31°c is forecasted with humidity around 51%.

La Rondine for her class is likely to be the top fancy on Sunday. Her connections would want her to win as many Group races as possible before she retires to stud. Two fast-improving horses in Bronx and Tasawwur, who should be good between 8f and 10f, will be in the firing line. It’s tough to visualize Sacred Roman winning this one as he is back after a long lay-off.