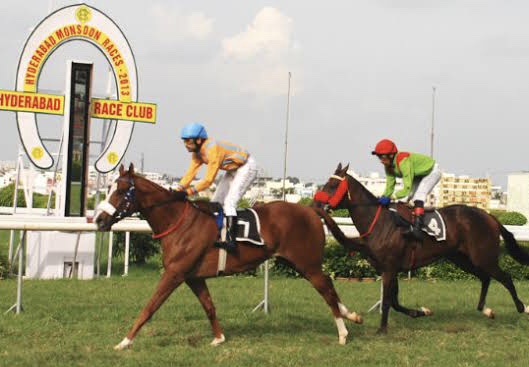 The Sport of Horseracing is administered and governed under the auspices of six Turf Clubs in the states of Maharashtra, Andhra Pradesh, Tamil Nadu, Karnataka, West Bengal and Delhi. Together they form an umbrella body called the Turf Authorities of India and they work together towards promoting the Sport which in turn adds to the development of the Breeding Industry and the Agricultural Sector all of which are interlinked.

The revenue generation for each individual club is earned from commission on the Totalizator (parimutual) and from License fees from turf-accountants. The wagering and betting Act empowers the various clubs to facilitate legal wagering on horse-racing by patrons.

While the industry welcomes the uniformity of taxation across states, the GST rate of 28% has been a death knell of the agri-based horse racing industry. It is pertinent to note that prior to July 1, 2017 the average rate was 7.6%. Before introduction of GST, States were levying taxes on horse-racing under Entry 62 of List II of the Seventh Schedule. The GST council in their 4th meeting had laid down the guidelines to fix the tax rates for various supplies of goods and services. In para 29, it was mentioned that “There shall be a standard tax rate of 12% and would generally cover goods which presently attract combined tax rate of Central Excise and VAT (including cascading on account of these two taxes) between 9% and less than 15%.”

In view of the above guidelines, the GST tax rate for betting on horse racing would have been @12% in view of the pre-GST average tax rate of 7.6% on the face value. The unrealistic and harsh rate of 28% GST has driven the wagering into illegal channels, thereby denying the Governing bodies, such as the clubs and the Governments their share of revenue. Whilst the interest in the sport still remains, with the footfalls entering the clubs remaining constant, the revenue generation on the totalizator has fallen drastically resulting in increased illegal bookmaking and a loss of revenue not only to the clubs but also to the Government.

The table below shows the catastrophic impact of GST on the revenue of the clubs and the tax recovered by the governments. While revenue has dropped a whopping 65% tax paid has also dropped by 33%.

• 5000 horses stables at the above centers across India.

• Direct and Indirect employment to 100,000 migrant workers across the industry.

• Agricultural produce as feed and fodder worth over 200 crores

• Contribution to pharma and medical profession over 50 crores

The backbone of the Horse-racing and breeding industry is Agriculture. It is also imperative to mention that the industry purchases and consumes left-over paddy straw for bedding of horses, which otherwise would have no value to the farmer and would be burnt in the fields.

Recently owners of the Poonawala stud farms via their Serum Institute of India have ploughed in a huge investment to bring out a vaccine for the CORONA VIRUS. The Horse industry supports Riding schools Indian Horse-breeders and Racing Clubs support several riding schools all over the city and are well known for their generous donations to philantrophic and animal-welfare organisations.

In 1996, THE SUPREME COURT OF INDIA, in a landmark judgement ruled that “Horse racing has been universally recognised as a sport. Horsemanship involves considerable skill, technique and knowledge and jockeys have to be specially trained over a period of years. Whether a particular horse wins at the race or not, is not dependent on mere chance or accident but is determined by numerous factors, such as the pedigree of the animal, the training given to it as well as the rider, its current form, the nature of the race, etc. Horse racing has been held judicially to be a game of skill unlike pure games of chance like Roulette or a Lottery."

The GST Council, in a circular dated 27.01.2018 also clarified that the tax shall be levied on the “the transaction value of betting, i.e. the total bet value”.

The need of the hour is to find an innovative and progressive solution so that the betting revenues are not driven into illegal private channels. With current rates and applicability on the face value of the bet all stakeholders are grave losers and the industry has an existential risk in the not so distant future.