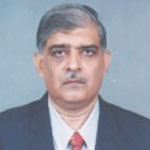 In normal circumstances, the crop of 2017 would have already finished with the three Classics at Ooty and be gearing up for the more challenging tests of the Bangalore Summer Season. These, however, are not normal times and nobody knows when racing will re-start and what changes will take place for the rest of the racing schedule.  It does, however, provide an opportunity to see how that crop has fared so far.

In the Return of Mares 2017, 1231 foals (620 colts and 611 fillies) were recorded. With the normal rate of attrition, the number of foals going into trainers' yards would have been in three digits. In the winter seasons at seven centres, those foals had about 140 opportunities to hoist the winning flag. About a hundred foals, now three year-olds, have indeed grabbed that opportunity and shed their maiden status. They include two (Black Pearl and Smashing Blue) who have won four races each; three (Silver Bracelet, Forest Flame and Ashwa Virrat) with three wins each with the first two named still to be beaten and eleven who have won twice including the unbeaten Ashwa Bravo. Among the winners of a solitary race, there are some who won their only start but they have not been counted. Colts won a slightly more number of races than the fillies.

Black Pearl (Planetaire - Alvarita) reeled off four consecutive wins in a space of two months winning his races by a combined margin of 31 lengths and ending with a black-type double of the Indian Champagne Stakes, Gr.3 and Calcutta Million, Gr.3 over a mile. As a half-brother to the dual Invitation Cup winner Adjudicate, he was expected to be good. He outdid the expectations by simply decimating the opposition and proving himself to be in a different league. His first season sire is a  superbly bred, decently performed son of Galileo and one of his two wins was over 2000 m. Planetaire had 40 foals in his first crop of whom a dozen have started but Black Pearl is his only winner so far. Sohna Stud has bred 15 Classic winners and most of them have been 'got-abroads' or, as in the case of Adjudicate, conceived at another farm. All going well physically, Black Pearl can boost the record of Sohna Stud's home stallions. Vijay Singh, who trains Black Pearl for Dr. M.A.M. Ramaswamy Chettiar of Chettinad Charitable Trust, is the lord and master of Hastings but he has  to prove that his ward is capable of excelling against outstation challenges unlike Dandified and Multitude. Black Pearl is said to be a small but very correct colt.

Vijay Singh also has the unbeaten filly Silver Bracelet (Win Legend - Silver Profile) in his yard. Owned by Mr. Subir Dasgupta representing Cairnhill Stud Farm, Mr. Chandrakanta Kankaria and Mr. Suvamoy Saha, the filly has completed her hat-trick with a minimum of fuss. Her unraced dam is a half-sister to Antequera and Royal Liberator. Silver Bracelet is full-sister to Caledonia, the lone winner produced by Silver Profile from her four foals. What is most striking about Silver Bracelet is that she is bred on the same cross as Sir Cecil, Hall of Famer, Angel Dust and Anjeze. The filly has won over 1400 m. in a manner to suggest that a mile should pose no problems while her prospects over longer trips will be apparent with further racing.

Vikash Jaiswal-trained Fenicia Mist (Saamidd - Yamuna) had the mortification of coming up against Black Pearl in his first two starts but he overcame that humbling experience and won two races back-to-back later in the season. This colt, owned by Mrs. Shikha Anand and Mr. Kunal Gupta, is from the same family as Desert Warrior and La Bonne Vie and will win his share of races. Among the lightly raced fillies, Apsara Star (Win Legend - Actuate) is the winner of her only start. Bred on the same cross as Silver Bracelet -- with Chaitanya Ratham as her grandam -- the filly runs in the colours of Sarainaga Racing and is trained by James McKeown. She should be at home over longer distances and may end up with a better rating than Silver Bracelet.

Though she won only one of three races on her home turf, Forest Flame (Leitir Mor - Memory Bay) is clearly the top three year-old at Bangalore and probably in the country as well. She has raced against much better opposition than Black Pearl to warrant that probability. On her debut just before she turned 3, the filly slammed Golden Oaks. Both, Forest Flame and Golden Oaks then hurried to Mumbai where the former bagged a black-type double of Ebco Worksmart Breeders' Produce Stakes, Gr.3 and Poonawalla Breeders' Multi-Million, Gr.1. The PBMM provided a unique result this year with the first three finishers being outstation challengers,  all sired by Leitir Mor and all in the same silks except for the distinguishing cap. Forest Flame's dam is a full-sister to Mystical but her previous produce has been a tad disappointing including the full brother Mystic Bay who did not quite fulfill his early promise. Also, Memory Bay does not have a winner beyond a mile so far.

Leitir Mor's first crop has included the Classic winner Vijays Singham (Golconda 2000 Guineas, Gr.2). It has exhibited precocity, speed and class up to a mile only and so far the influence of  Galileo, his great maternal grandsire, does not seem to percolate into his progeny. He has had a splendid winter season with 2017 crop but the acid test still awaits him. He has several likely prospects and these comments are applicable to all of them. That said, Forest Flame wore down Golden Oaks with a determined stretch run in the PBMM and a mile is well within her compass. She runs in the Poonawalla colours and is trained by S.S. Attaolahi who has established his Classic stature.

Golden Oaks (Leitir Mor - Messalina) shed his maiden tag between his two seconds to Forest Flame by winning the B.K. Rattonsey Multi-Million comfortably from a dozen rivals. Like Forest Flame, he sports the Poonawalla silks and has many common owners with the filly. He is trained by S. Padmanabhan who saddled the dam Messalina to win the Deccan Bookmakers' Hyderabad Fillies' Trial Stakes. Messalina's previous six foals are all winners, toting 19 races between them, but only one beyond a mile. This is a speedy family that the trainer ought to know well for he also trained Messalina's half-brother Palazzio's Sun to win the Vandrevala Foundation Sprinters' Cup, Gr.1. Leitir Mor's own maternal grandsire is Galileo, a son of Sadler's Wells. Forest Flame and Golden Oaks are both out of daughters of Alnasr Alwasheek, another son of Sadler's Wells. Hence, both are closely inbred Sadler's Wells, a Classic/Stout chef de race and so it is to be watched with interest what stamina comes through.

A well beaten third in PBMM, after making most of the running, was the Hyderabad filly Lombardy (Leitir Mor - Lombardia) who arrived with two wins from two starts at Malakpet. She had won  the Vijay Textiles Juvenile Multi-Million on her previous outing with a length and a quarter victory over Air Blast. In the PBMM, she increased that margin over Air Blast to record a home and away double over the best that Mahalakshmi had to offer. The Razeen mare Lombardia won the Nizam's Gold Cup, Gr.3 and was on board in the McDowell Indian Derby, Gr.1 as well as the Panchsheel Indian St. Leger, Gr.1. Lombardia's dam Naseem El Fajr (by Green Desert) and her Vision half-sister Vision of India were both resident at Usha Stud. Their produce has been versatile and includes Crown Treasure, Andreyan, Amazing Power and others.

One stallion, standing at a small farm and represented only by small crops, has been quite a revelation and that is Gusto. A major portion of the credit for that must go to trainer Prasanna Kumar who staked shrewdly in his first crop and reaped the reward with Knotty Ash and Capricious. While Bangalore's young raiders like Forest Flame, Golden Oaks, Rani Jindan, Sherwin, Allabouther and Johnny Bravo were eying riches elsewhere, Prasanna Kumar picked up two races at his base with Nisus (Gusto - Daffodils) comprising of B.N. Gudiyappa Bangalore Winter Million followed by the Bangalore Juvenile Million, Gr.3, accounting for future as well as previous  winners. Gusto was a sprinter and the dam of Nisus won all her six races at 1000 m. It is hard to find  a winner beyond 1200 m. in the family so by winning a black-type race over 1400 m., Nisus has already re-written the family history. The colt is owned by Mr. Vishal Doctor, a nephew of Arti Doctor and a cousin of Aashay Doctor, both trainers at Calcutta. Nisus was offered to Mr. Vishal Doctor before he started racing and already in Prasanna Kumar's care.

On his debut, Nisus had finished third to Rani Jindan (Win Legend - Chapmans Peak) and Sherwin (Burden of Proof - Showin'off). Rani Jindani, a full-sister to Punjabi  Girl, forayed unsuccessfully to Mumbai while Sherwin won, narrowly, the Madras Race Club Million, the opening race of the Invitation Cup week-end at Mysore from Allabouther (Win Legend - Somethingabouther) who is still a maiden. These three horses have more races in them; so does Ansaldo (Multidimensional - Ave Maria), a three-parts brother to Prevalent Force, who has won his only start for trainer Prasanna Kumar. The filly Papparazi (Air Support - Caprese), a full-sister to Consigliori and a half-sister Admiralty, Captain Morgan and Capo di Capi, scored impressively on her debut and looked like one who will give her connections -- owner  Mr. S. Pathy and trainer Arjun Mangalorkar -- much joy.

The unexpectedly curtailed season will pose many challenges to the trainers. Each horse is an individual and the break will affect them differently. Some will relish it while others will find it a hindrance. What is certain is that whenever the racing resumes, it will be one long grind up to the Winter Classics and test acumen of trainers in keeping their wards fresh and at a concert pitch.