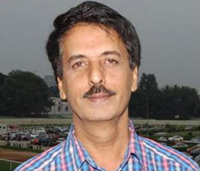 After 10 members of the Jockeys Association Of India (JAI) tested Covid positive, the Bangalore Turf Club (BTC) was under the BBMP radar. The front office of the club was sealed and a couple of administrative staff of the club were asked to follow home quarantine regulations and Swab test procedure. The BBMP authorities and the management committee members of BTC feared that the numbers could increase, but much to the relief of the BTC the five jockeys from the ten who chose to undergo another test at a different testing lab were declared negative. Following the new results obtained by all the five, three more have taken the second test and are awaiting results while unfortunately two were put in Covid care centres after the first test conducted by Aster Hospital Labs. The fact that the false positive cases emanating from a couple of hospital labs in the city has dented the image of the health care system while damaging the trust is certainly not a healthy sign in this tough Covid scenario.

The 22-year-old jockey Ryan Ahmed is one among the 10, who was confirmed positive after 50 jockeys went through the mandatory procedure required to apply for licence to ride horses at the Bangalore Turf Club (BTC). “I was shattered after I was certified Covid positive. I was healthy and had no symptoms and my family couldn't believe the test result. Understanding that I was totally down and mentally suffering, my family asked me to take another test to double confirm the first result. And when I got a negative report from another lab I was most delighted," said Ryan adding that the moment he was cleared negative he knew the other four, who chose to take the second test would also come out negative and to the relief of all members of JAI and our family members, all five were confirmed negative.

"It was a traumatic experience for all my family members and friends. My family was required to undergo test and quarantine regulations despite being Covid free. And this led to physical and mental strain but mercifully it is all over," said Ryan pointing out that many posts in the social media and a couple of false positive cases confirmed by the leading publications have thrown big fear among the people in the city.

JAI President Pradeep Chouhan revealed to a leading publication that it is a frightening scenario. JAI provided Rs,10,000 loan per month at the start of the first lockdown in March and now with no racing activity for five months and the resumption still under a cloud it is tough times,” said Chouhan pointing out that a majority of the jockeys who are not in the elite bracket are struggling and that they just cannot afford a second test. "It is good news that all five who took the test again have tested negative but who can we trust and how honest is the system,” questioned Chouhan.

When pointed out that some of the results obtained from their labs have proved to be false positives, a spokesperson from Aster Labs where the first tests were conducted said: “As a leading healthcare unit we from our end strive to provide high quality accurate tests.It is also possible to get different results when the test is done on two different days as the result may change the next day depending on the viral load. The virus may shed in different amounts and may not be present in the back of the throat or nose when the specimen is taken. This can also happen if the sample collected contains even dead virus. The pathogen in this case cannot be cultured inside laboratories but the test would show its presence in the swab collected for examination. The sample was processed as per ICMR guidelines, on CE approved kit Lab gun Covid-19 assay plus kit. The Limit of detection (LOD) of the kit is 100 copies/reaction.”

Jockeys apart a couple of trainers and veterinary doctors at the campus had tested positive earlier and now that people are fast losing trust, the more than 1500 syces and other stable employees are on the edge not knowing what is in store in the next couple of months when the Corona according to leading epidemiologists will hit the peak in the city.