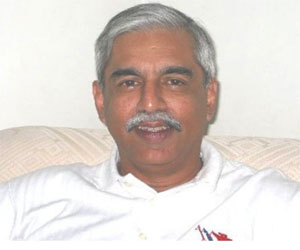 This year, the first Saturday in May falls on the very first day of that month. Both the Qipco 2000 Guineas (8 fur., Gr.1) at Newmarket in England and the Kentucky Derby (10 fur., Gr.1) at Churchill Downs in Louisville, Kentucky, USA, will be run on the same day albeit on different continents and about 8 hours apart. The first of the English classics, which is down for decision at 3:40 p.m. local (8:10 p.m. in India) on May 1st has the look and feel of a slightly below-par edition, not surprising considering that the Covid-19 pandemic has wreaked havoc on the racing programmes worldwide over the past 15 months.

What’s more, the race has such an open look that the identity of the ante post favourite has changed from day to day during the week.Weather is unlikely to play a prominent part, with a forecast high of a chilly 11 degrees under partly cloudy skies. The official going at the time of writing is “good to firm”.

Fifteen runners, all colts, have been declared for the "Guineas", which was supposed to have marked the return to competitive action of Coolmore's handsome St. Mark’s Basilica (by Siyouni), who went into winter quarters at the end of 2020 as the divisional leader amongst 2-y-o males. A member of the Aidan O’Brien team in Co. Tipperary in Ireland, he was weak in the market before being suddenly withdrawn for reasons which are not abundantly clear.

With the world's leading jockey, Ryan Moore, who scored in this race with Gleneagles and Churchill in years gone by, having declared his allegiance to Wembley, he has been heavily backed down to 10 to 3. The only son of champion sire Galileo in the line-up, he is one of Aidan O’Brien’s three contenders left in. The new public choice will be accompanied by two others from Ballydoyle, namely stablemates Battleground (by War Front) and Van Gogh (by American Pharoah).

Battleground is a splendid looking son of Prix de l’Arc de Triomphe winner Found, and was last seen occupying the runner-up slot in the Breeders’ Cup Juvenile Turf at Keeneland last November. He is to be ridden by the most experienced jockey in the field, namely Frankie Dettori. This blue-blooded combination is a 6 to 1 chance. Van Goghis a Group 1 winner at 2 and might provide a much-needed shot in the arm for his sire, the US-based Triple Crown winner who has done well but not nearly enough at stud. Seamie Heffernan flies over from Ireland to partner the Criterium International winner, presently quoted at 18 to 1.

That the market would favour an Aidan O’Brien runner is not surprising, given his unparalleled record in the 2000 Guineas, with ten previous winners embellishing his scroll of honour for this event. These consist of King Of Kings (1998), Rock Of Gibraltar (2002), Footstepsinthesand (2005), George Washington (2006), Henrythenavigator (2008), Camelot (2012), Gleneagles (2015), Churchill (2017), Saxon Warrior (2018) and Magna Grecia (2019). Should any of his trio triumph, it would give his handler a record-extending eleventh victory in the race!

For a brief while it was Aidan O’Brien’s son, Joseph, who had the pleasure of fielding the favourite, Thunder Moon (by Zoffany), but that Group 1 winner has since alternately weakened and strengthened in price and is now a 4 to 1 chance. He beat Wembley once at 2 but probably ran below form in the Darley Dewhurst Stakes late last year when third behind St. Mark’s Basilica and Wembley on soft ground, his only failure from 3 starts. Regular rider Declan McDonogh continues his association with the colt, bred by a company owned by the trainer’s parents.

Runners owned by Godolphin, particularly those handled by Charlie Appleby, have been in rousing form of late. The trainer’s recent record reads 6 wins from 14 starters in the last 7 days, a heady 43%. Perhaps the most talented of the trio he fields here – all sons of Darley’s flagship stallion Dubawi – is One Ruler, but that colt is unraced this season, having last been seen going under by three-parts of a length to Mac Swiney (by New Approach) in the Gr.1 Vertem Futurity at Doncaster just over 6 months ago. He has been brought along this season with the aid of searching gallops on the racecourses of Chelmsford and Newmarket.

Whether the lack of a recent race weighed on his mind, one does not know, but William Buick, who was aboard in all five of One Ruler’s starts last year, has deserted him in favour of his stablemate, Master Of The Seas. That has opened the door for James Doyle to shine on the former, who has shown improvement at every start and could well step up. Presently he is trading at 15 to 2.

Explaining the decision, Appleby is reported to have said: "It wasn't an easy call for William, who rode Master Of The Seas in the Craven and then sat on One Ruler in a routine gallop at Moulton Paddocks last week. William asked some serious questions of Master Of The Seas in his race, and he was pleased with the response. I believed that's what clinched it in the end”.

Master Of The Seas has been trained to a specific pattern – a race at Meydan in the UAE early in the year, followed by a “Guineas” trial in England – that has been used by connections in the past. While he was a noticeably rusty runner-up to Naval Crown in his Dubai run, he displayed great attitude, heart and talent when annexing the Gr.3 bet365 Craven Stakes over course and distance at Newmarket a couple of weeks ago. Despite the show of confidence from William Buick, the market remained singularly unimpressed for a while with the grandson of Danehill trading at 18 to 1 before being backed down to a more realistic 8 to 1.

Godolphin's third and final starter is the very consistent Naval Crown, who has never been unplaced in 6 starts, and has the benefit of a run this term when narrowly edged out to second in the European Free Handicap by Tactical (by Toronado). Despite his achievements, he is at 66 to 1, with one-fifth the odds for a place; the latter option sounds rather tempting! Appleby has secured the services of the capable Adam Kirby for the ride.

A relatively cheap purchase – he cost 65,000 guineas as a yearling – Chindit (by Wootton Bassett) demonstrated his well-being recently with a courageous victorious effort in the Gr.3 Greenham Stakes at Newbury to bring his record to 4 wins from 5 starts. With that consistency, he is worth keeping an eye on. The name of Pat Dobbs has been pencilled in to guide Richard Hannon’s ward. His trainer is not fully convinced his talented colt will act on the undulating surface of Newmarket’s Rowley Mile, but is confident enough to take a chance. The colt’s fans can multiply their money fourteen-fold should he oblige.

Poetic Flare (by Dawn Approach) is yet another Jim Bolger home-bred, who is also trained by him, races in the white and purple silks of his wife, and is steered by his son-in-law Kevin Manning, making it a family affair. This potent combination was also responsible for his sireDawn Approach (by New Approach), winner of this race in 2013, as well as Leitir Mor[IRE] (by Holy Roman Emperor), who has been eminently successful in India. Having won 3 of his 4 starts, Poetic Flare is one to keep on the right side at 12 to 1.

That brings us to the second-last of the higher-rated candidates, namely Mutasaabeq (by Invincible Spirit out of 1000 Guineas winner Ghanaati), who was utterly impressive when trouncing 3 rivals in a conditions event at Newmarket in April and who has since beensupplemented to this race at the cost of £30,000. Racing for the Shadwell Estate Company Ltd., whose principal Sheikh Hamdan bin Rashid Al Maktoum passed away recently, the unbeaten (2-from-2) brown has been cut to 11 to 2 third favourite. As usual, Jim Crowley will pilot the exciting sophomore who is schooled by Charlie Hills.

Finally, Lucky Vega (by Lope De Vega) was one of the better two-year-olds in Ireland last year, missing Group 1 honours by just half a length when he ventured across the Irish Sea for the Middle Park Stakes at Newmarket. That fact-finding mission gave Mrs. Jessica Harrington’s pupil valuable experience of the track. On his overall form, he is in with a chance, albeit slender. Shane Foley is the only rider he has known in his racing career and so his presence in the saddle will surely be reassuring.

If Wembley has improved since two, he should take the prize, but betting-wise each way flutters on some of the others analyzed above may prove more lucrative.