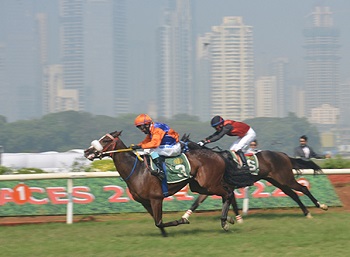 After overcoming all the hardships that have befallen horse-racing and the turf institution in the preceding years to the best of its ability, the management of the Royal Western India Turf Club (RWITC) will unveil the Mumbai racing season on Sunday, November 2022.

Given the number of horses that are stationed in Western India, the RWITC has judiciously framed a truncated racing season which consists of 22 race meetings of which half will be conducted in the evening under the floodlights. Surely the club’s decision to hold such a number of races in the evening is surprising but probably the RWITC’s managing committee has had to consider its financial well-being when taking a call on how many evening race-meetings should be conducted.

The RWITC managing committee led by Surendra Sanas has roped in a few new sponsors which includes Jagatjit Industries which will sponsor the Indian Derby, the season’s marquee event which was sponsored for over three decades by Vijay Mallya’s group company. The gaming company Betway will sponsor the first two Indian classics, the Indian 1000 & 2000 Guineas. Dr Cyrus Poonawalla will continue to patronise the Ladies Derby which will run as the Villoo Poonawalla Indian Oaks.

Messrs Zavaray Poonawalla and Khushroo Dhunjibhoy (along with his close friends) will continue to support the sport and are contributing around Rs 3 crore and 1.5 crore each towards the stake money to be distributed this season.