Major Zavareh K. Wadia, “Tiger” to his friends and to his enemies too for that matter passed away in Pune on April 25, 2022. His wife Arnavaz and his daughter Revaz were by his side when he breathed his last.

His passing away, brings down the curtain on a remarkable breed of gentlemen who took the mundane job of Racing Administration to a different level. His integrity was unquestionable and he had the courage to stand up to anyone as long as he felt he was in the right. 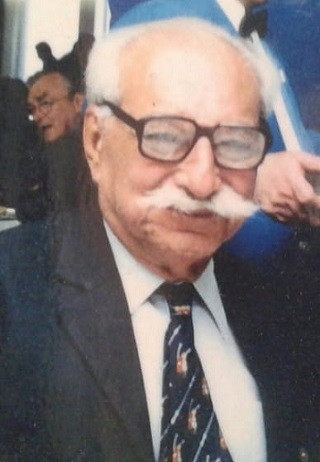 His tenure and association with the Royal Calcutta Turf Club dates back to 1959, after he retired from the army and joined the institution as a Starter and Clerk Of The Course and he retired almost four decades later as the Racing Manager and CEO. He may have left RCTC many years ago, but his contribution will never be forgotten. Here was a man who led from the front and earned the respect of all who came into contact with him.

Indiarace.com offers its deepest condolences to the bereaved family

Ooty races scheduled to be held on 27th May 2022 has been cancelled due to rain and underfoot conditions of the race track and not conducive for racing.

The Stewards of Madras Race Club have Decided to cancel the remaining Races No.6,7 & 8 due to underfoot conditions of the race track not being safe and conducive for racing.

Ooty races scheduled to be held on 20th & 21st May 2022 have been postponed to 22nd & 23rd May 2022 due to continuous rainfall for the past few days and the race track not being conducive for racing. The same card will hold good for both days.

Bangalore races scheduled to be held on 21st & 22nd May 2022 has been cancelled due to heavy rainfall over the few days and inclement weather rendering the race track conditions not conducive for racing.

Mysore races scheduled to be held 18th May 2022 has been cancelled due to inclement weather rendering the underfoot conditions of the race track not conducive for racing.